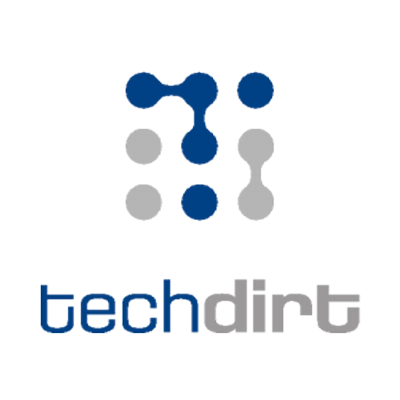 For many years, I have been researching and writing about the economics of abundance and how the digital age challenges traditional economic thinking. At the same time, I have long been an defender and advocate of the open internet and the power of distributed technology - most recently with the highly influential paper for the Knight First Amendment Institute at Columbia University: Protocols, Not Platforms.

The recent rise of non-fungible tokens (NFTs) sits squarely at the intersection of these themes. Building on my years of experience, I aim to publish a new in-depth paper that explores the NFT phenomenon and its implications for the economics of scarcity and the open internet. But rather than just talk about NFTs, I hope to engage with them in the process - thus this project to raise funds for researching and writing the paper, which will ultimately be minted as an NFT itself. Your support will help make the Newly Finite Themes project a reality.

Below, you can read a complete outline of my background, the inspiration for the paper, and the subjects it will explore.

Patron podium
When the crowdfund ends, the top three backers are awarded a unique NFT. Take the lead and become a top three backer by contributing.
Time Remaining
If a contribution is placed within the last 15 minutes and changes the podium positions, the time is reset to 15 minutes.
First Place
🥇
Second Place
🥈
Third Place
🥉

To recognize our biggest supporters, the top three contributors will be listed as the Executive Producer, Producer, and Associate Producer of the paper, and will receive sole ownership of a special NFT denoting this role as seen above.

Backers who contribute 1 ETH or more to the project will be acknowledged as Primary Contributors in the paper, and will receive partial ownership of a special NFT commemorating the Protocols, Not Platforms paper. This tier is limited to 15 backers.

Backers who contribute 0.5 ETH or more will be acknowledged as Contributors in the paper.

So much about our digital age has been a challenge to traditional economic thinking. The move to a world in which digital “eats everything,” has created some truly fascinating case studies, challenges, and (most importantly) opportunities — though when viewed through traditional lenses, those challenges and opportunities are often confusing, and somewhat distorted.

In late 2006 into 2007 I wrote a series of blog posts all about the economics of abundance in a digital age, with the key focus being on how digital made things that had been previously scarce, abundant.  And how that messed with the economics of things.  As the series went on, I realized more and more that “abundance” wasn’t even the right word.  When things were digital they were effectively infinite.  And that certainly messed with the traditional understanding of scarcity economics.  Eventually, I turned that series of blog posts into a book called Approaching Infinity. You can still get a pay-what-you-want digital copy (infinite!), but it may be more difficult to hunt down a scarce physical copy (finite!).  I probably have a handful on my shelf, though, so if you ask nicely, perhaps I can dig one up for you.

Still, the key point in the book was not to just say that things had changed, but that the people freaking out about this fundamental economic shift from things that had been finite becoming infinite were missing the point.  When things become infinite, they become a resource for other things — and even better, they become a widely available, free (or nearly free) resource that helps make something else.  And, the book notes, for every new infinite good, new scarcities were being created.  You just had to find them.

Finding them could be difficult — though extremely lucrative for those who figured it out — but part of the point was that they always existed. Back in the timeframe when I wrote that series and book, however, my focus was on how digital infinite goods created scarcities in other areas of life: such as time and attention.

One thing I didn’t think was legitimately possible was the idea of a finite digital good. Almost every attempt I’d seen involved terrible ideas: digital rights management (DRM) locking up products, breaking computers, and generally trying to limit the infinite nature of the content itself.

Over the last few years, however, the rise of non-fungible tokens (NFTs) has challenged this assumption, and presented the potential for digital goods to also be finite — not a DRM-style “finite” in which the finite nature is against what the person in control of the content wants, but finite in a way that the people involved value and appreciate.  Indeed, there is a version of the NFT world that is quite appealing: what if the content itself was infinite, widely shareable and spreadable, but there was a finite/scarce component — in this case, the token — on which a business model could be based?

This opens up some very interesting questions about how such a world might operate and what it might look like.  Just as in my initial writings on the economics of “infinite goods” and the search for new scarcities, many of these ideas are complex and take some thinking to wrap your head around.  It’s difficult to view something new like this, and not be biased by the traditional prism through which we view all things.  Of course, it also has the potential to create some other complications, as many of you have likely heard about from critics of NFTs.  And many of the concerns that people have raised regarding NFTs deserve a thorough analysis, and not a quick dismissal as supporters of NFTs have sometimes done.

Already this year, it feels as if NFTs have gone through a complete hype cycle. Early in the year everyone was talking about them, then we were told the market had collapsed, and lately there has been renewed hype around parts of the NFT market.  For some people, that might mean it’s not worth writing about.  For me, it means that now is the chance to take a serious and thoughtful look at NFTs, both the pros and cons, the potential and the challenges, hopefully without getting sucked in or swayed by the irrational hype and nonsense across both the supporters and detractors of the idea.

In 2019, I wrote a long and very detailed paper for the Knight First Amendment Institute at Columbia University called Protocols, Not Platforms, exploring how we could (and perhaps should) rethink much of the way the internet works today.  It was a call to try to move back to an earlier approach to the internet, in which the power and control over the network is pushed as far out to the ends of the network (generally the users) as possible, rather than being controlled by large centralized entities.  As that paper notes, moving to a world of protocols over platforms presents a unique opportunity to fix many of the problems of today’s internet: less control by a small number of giant entities with interests adverse to their users, more privacy protection, much greater innovation and variability (and user control) regarding speech filtering and algorithms online, and much much more.

That paper has had an extremely large impact.  Jack Dorsey cited it as part of the reason that Twitter is now exploring creating an open, decentralized protocol for social media that Twitter (and others) can move to.  Other social media companies have been exploring similar ideas as well, and I’ve spent the last few years talking to anyone and everyone who is interested in exploring this space to encourage them to experiment with decentralized protocols.

Producing that paper was a huge undertaking.  It took months of research and writing, of thinking and talking and bouncing ideas off of smart people.  Then more months of rethinking and rewriting.  I was happy with the end product — as (it seems) were many others.

This project is an attempt to write a similar style of paper, but exploring pretty much every aspect of NFTs, and how these newly finite goods might really impact just about everything — and change the prism through which we view the economics of digital goods.  From there, it raises all sorts of additional questions, around business models, creativity, sharing and more.  There has been tremendous hype about NFTs, especially in the last few months — do not expect this article to just be a repeating of the hype.  I intend to explore the good, the bad, the unknown, the hype, the reality, and more regarding NFTs.

I want to write about the possibilities if everything goes right.  What does it mean, economically, legally, culturally, if NFTs can fulfill their potential?  Does it create a new class of finite goods around which traditional economics can work? Will it really create new cultural artifacts? Will it truly create a workable, sustainable business model for creatives?  What about the legal questions? How do NFTs interact with existing intellectual property law, in both good and bad ways?

And, of course, it will explore the potential downsides of NFTs, many of which have already been raised by others.  How significant are the concerns about energy consumption tied to the cryptocurrency mining as NFTs are minted?  Some have raised interesting concerns about “tulip mania” around NFTs.  Is it just a bubble?  Still others believe that NFTs are a “scam,” since your ownership is “just” a token saying you have ownership of some digital artifact, rather than the digital artifact itself? Is that true? Does it even matter? How permanent are NFTs, if the token still is connected to a centralized system of reading it?

There are many issues to explore and this is a way to do a truly thorough job of it.  Mirror.xyz is a fascinating project — combining elements of Kickstarter-like crowdfunding with Substack-like independent writing, and tying it all back to an NFT structure.  And, yes, that means that this detailed report on NFTs will be an NFT itself, allowing me to explore that process even more up close.  Also, Mirror is experimenting with some cool new features, such as the podium feature, which we’re offering with this crowdfunding. The three largest backers will get their names highlighted as producers of they essay, and receive a special NFT recognizing this fact.

The key thing to me is that there are all sorts of fascinating avenues to explore regarding NFTs — economic, cultural, legal, theoretical.  I plan to explore all of these themes.  And using this platform opens up an opportunity for me to spend the time and effort to do it properly.  It won’t be rushed out.  It will require research and exploration.  But I am confident that the final article will be a definitive exploration of the NFT world, its possibilities and its potential pitfalls.

The article will be an infinite good — widely available. But the NFT will be a newly finite item attached to that infinite digital good.  If you want to come on that journey with me, supporting me in doing this exploration, then please back this crowdfunding and let’s see what new finite themes we can find.